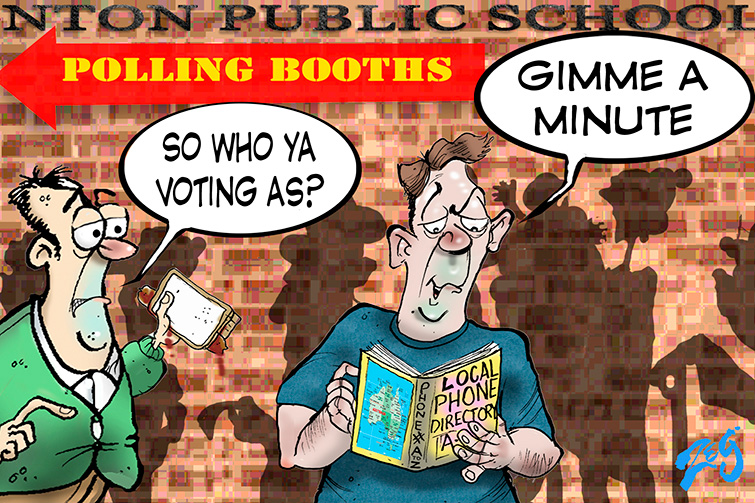 1. Enrolling to vote without proper identification

The AEC enrolment form invites  – but does not demand – proper verifiable printable identification for enrolment.  It’s far too easy for imposters to enrol to vote as anyone they like as often as they wish.  Against this, any AEC language such as ‘voters are required…’ has no legal effect.

No official identification is required of voters at a polling location to prove their right to receive voting papers at that polling location. The three verbal questions required by law about name, address and having voting in the election are not an adequate test of a person's actual identity.

3. Voting more than once in an election - 'Multiple voting'

Every Australian of voting age deserves their vote at the ballot box. Some Australians seem to think they deserve two or more votes… even 15 votes. But multiple-voting is too easy to get away with - there is little protection in place to prevent the same person from voting again at another polling place for the same election. The 2010 Federal election was won by less than the number of people who admitted voting more than once.

People can temporarily enrol too easily in other electorates when elections are called.

What can we do to fix this?